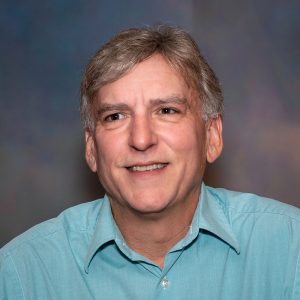 Dave attended the Berklee School of Music, in Boston where his focus was on the writing, arranging, and composing of music for big band jazz (he even directed a few of these bands). He later attended Mercer County Community College where he studied engineering.

Who expected Dave’s experience playing trombone in the Montgomery High School band to lead to building two successful audio-video retail businesses? His first venture into the retailing of audio-video components was in Freehold, New Jersey, which he sold after six years. In 1999 Dave then opened the first Audio-Video Synergy store, in Phillipsburg, New Jersey which thrived for 11 years.

In 2010 Dave was overseeing the installation of a home theater system, in the Clinton, New Jersey area. He fell in love with the beauty of the town and while strolling down Main Street he paused at a vacant storefront. He walked in and a visualization of the potential of this quaint 1,800 square foot store rushed into his mind. He left with the lease and in 2010 relocated the business to Clinton.

Where can you go to actually listen to different speakers from a few hundred dollars to twenty-thousand dollars? They are all hooked up – we LOVE to play them for our customers.

How appropriate for a band whose members all attended school together in the 1970s? Dave plays lead guitar and even Jenifer, his wife who is classically accomplished, gets into the act playing keyboards. They specialized in songs from the 70’s but their repertoire runs broad and deep. Look for performances at local clubs and festivals. 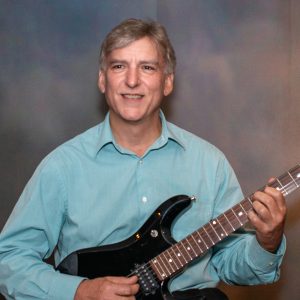 Here is Dave with one of his guitars.

Get updates from this and more artists